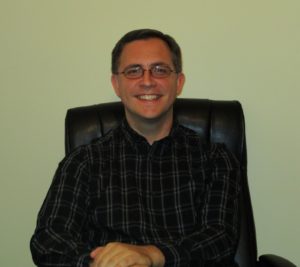 Stanley Campbell was born in 1978 in Louisville, Kentucky. Raised in a simple suburban home, he and his family often went to church. There, in a small library in the basement, he first discovered his love of reading. Jules Verne, Mark Twain, J.R.R. Tolkien, H.G. Wells and C.S. Lewis spoke to him. They took him to faraway places and adventures under the sea. In school, he excelled academically in Math, Reading and Social Studies. He struggled with Writing due to painful hand cramps. A 5th Grade Social Studies report on the events surrounding the ride of Paul Revere introduced him to his favorite time in history, the 18th century.

At age 19, Stanley married his beautiful wife, Melenia. Capitalizing on a liking for technology, he became a Network Engineer. Over the next decade, he worked for a handful of companies, growing in experience and slowly climbing the business ladder. His ambitions changed in 2006, with the birth of his first son, Jacob. In 2010, with his second son, Caleb, on the way, he decided it was time to start his own business. He felt it would provide him with the opportunity to spend more time with his family. This also prompted him to revisit his desire to write.

While researching his genealogy, he rediscovered his old fascination with the 18th century. His focus upon Scotland, he began to study the period with avid interest. The idea for The Legend of Chip came when a Scottish cousin recounted an ancient myth about a man called Chips and his dealings with the Devil. It was a dark tale, but the premise intrigued him. That night, he sat and wrote the first chapter of what would become his first novel.

Today, Stanley is proud to proclaim that, The Legend of Chip: The Legend Begins, is the first book in a series of novels surrounding the life and adventures of Christopher MacDougall. He thoroughly enjoyed writing the novel and is currently working on the second book of the series. He is also working on other works that encompass the “World of Chip” as well.